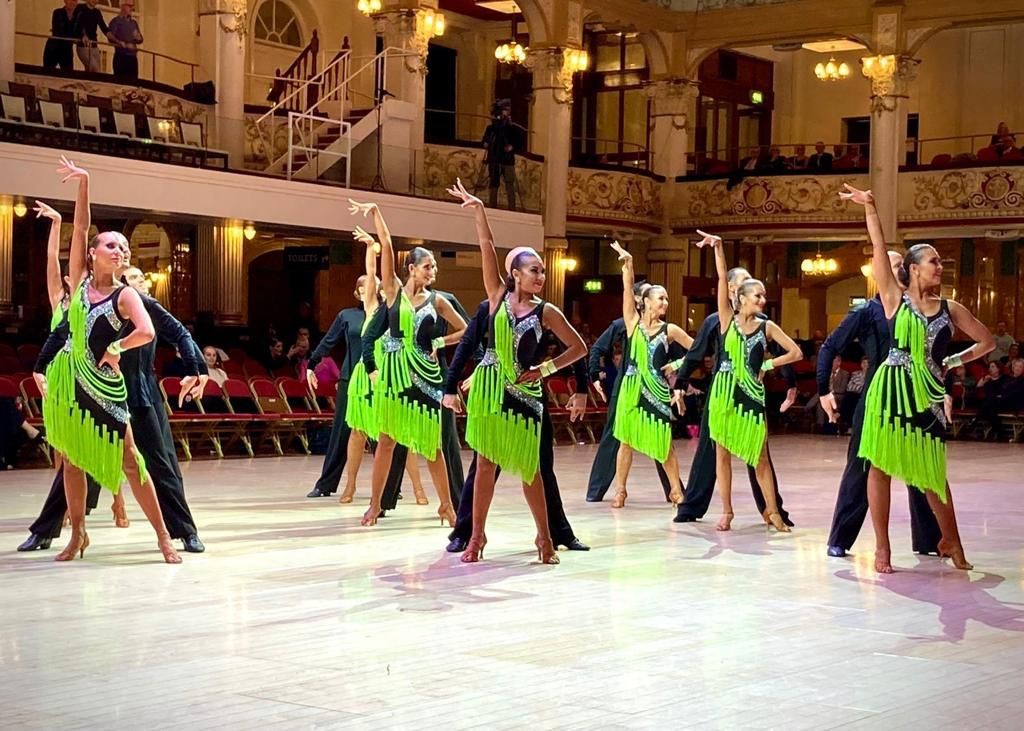 XS Latin Cambridge B team
XS Latin Cambridge B Team is thrilled to present its routine ‘Crazy for You’ at the World Championships in Braunschweig. Formed in 2011, the team has competed at numerous championships in Lithuania, Austria, Hungary, the Netherlands and Poland and is excited to travel to Braunschweig for the first time. The team were finalists at both the2021BritishNational Latin Formation Championship and the2022 British Open Latin Formation Championship. The team’s current routine is a medley of popular songs including ‚Crazy inLove‘, ‚Crazy for You‘ and ‚Miss You Like Crazy‘.
XS B wishes the organisers and fellow competitors a successful World Championships.